Home | Articles | Digitalization in the energetics – opportunities and technologies

Digitalization in the energetics – opportunities and technologies 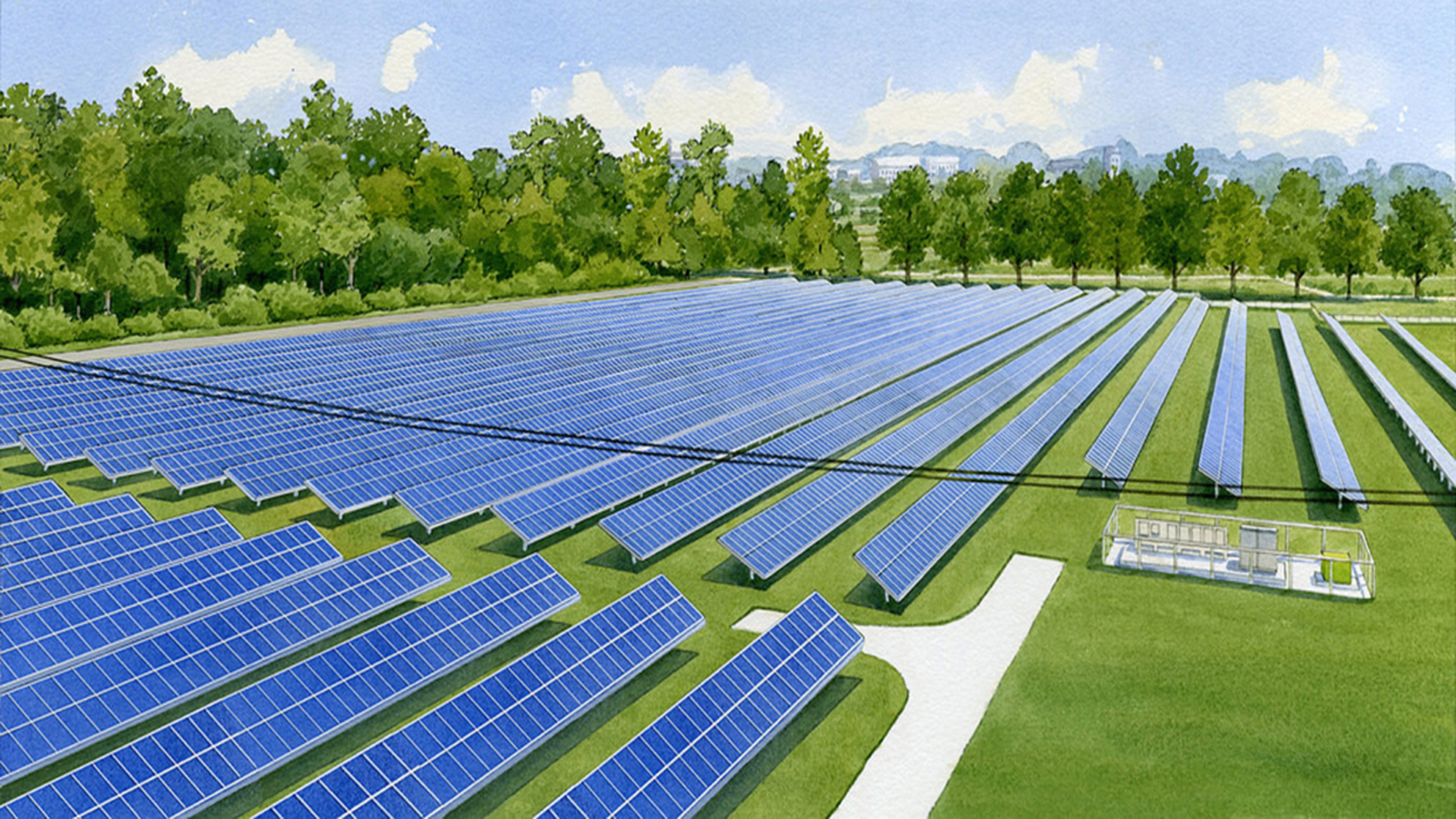 Why is there so much hope for the use of digital technologies in the energy sector? Is this not a new “favorite doll” we are offered to play with by huge IT corporations having almost unlimited global financial capabilities and global influence? Why is the development of new energy from renewable sources (RES) associated with the development of so-called “material” technologies as well as with the virtual that cannot be “touched”?

Forecasts for growth against the backdrop of a decrease

The updated expert estimates of energy development indicate that by the middle of the century, the share of the cost of energy in global GDP will decrease (see Fig. 1). At this very time, the energy itself will be relatively cheaper and more accessible. This will occur due to three related main factors:

Thus, the global investment will be diversified. Investments in the traditional “fossil” energy sector will be significantly decreased, but the overall costs for renewable energy generation from various alternative energy sources as well as for the development of the electrical power system will be increased. Therewith renewable energy technologies will continue to become cheaper due to technological progress. On the other hand, the electrical power system will develop in the direction of distribution technologies “intellectualization” and uninterrupted supply of sustainable energy.

The peak of global primary energy consumption will occur in 2030, followed by a consistent energy consumption reduction. By the middle of the century, the global GDP will rise 1.3 times from the current level; the planet’s population will increase as well as the energy consumption per person, and so on. Moreover, these processes will largely happen due to energy digitization. 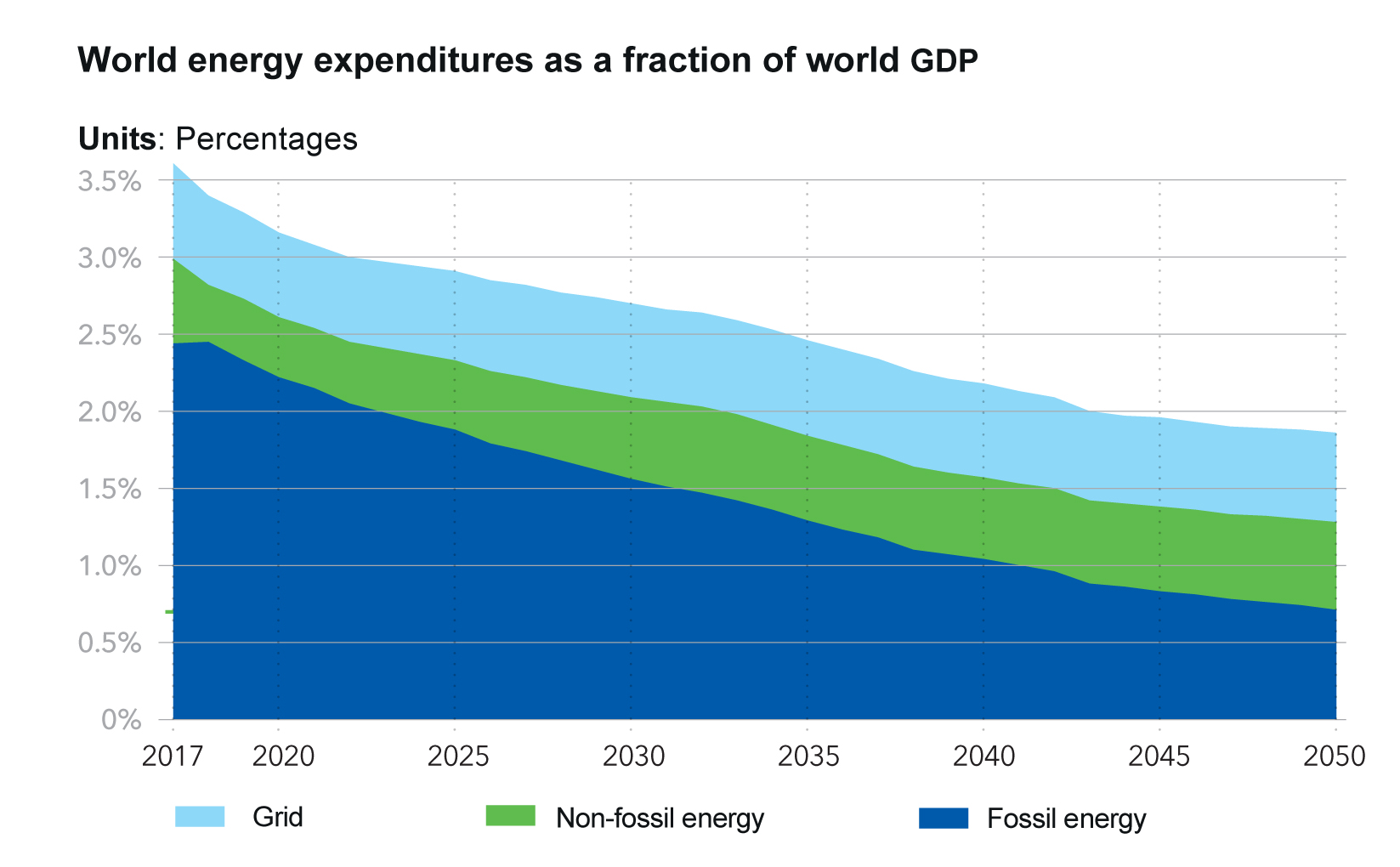 What is a “Digitization”?

There are some of the finer terminology points:

Fig. 2. Directions for the development of technologies related to digitization, digitalization, and digital transformation. Source: DNV GL report Digitalization and the future of energy, September 2019.

All three terms, on the other hand, refer to the areas of development of digital technology directly; see Fig. 2, which will be adopted not only in energy but also in other spheres of the economy. In “digital maturity” in the energy industry, the large companies are in the lead, but faster and deeper changes occur in small companies that integrate “digital” into their core business processes and their internal development strategy. Specific areas of digitization in the energy sector require additional explanations (see Fig. 3). 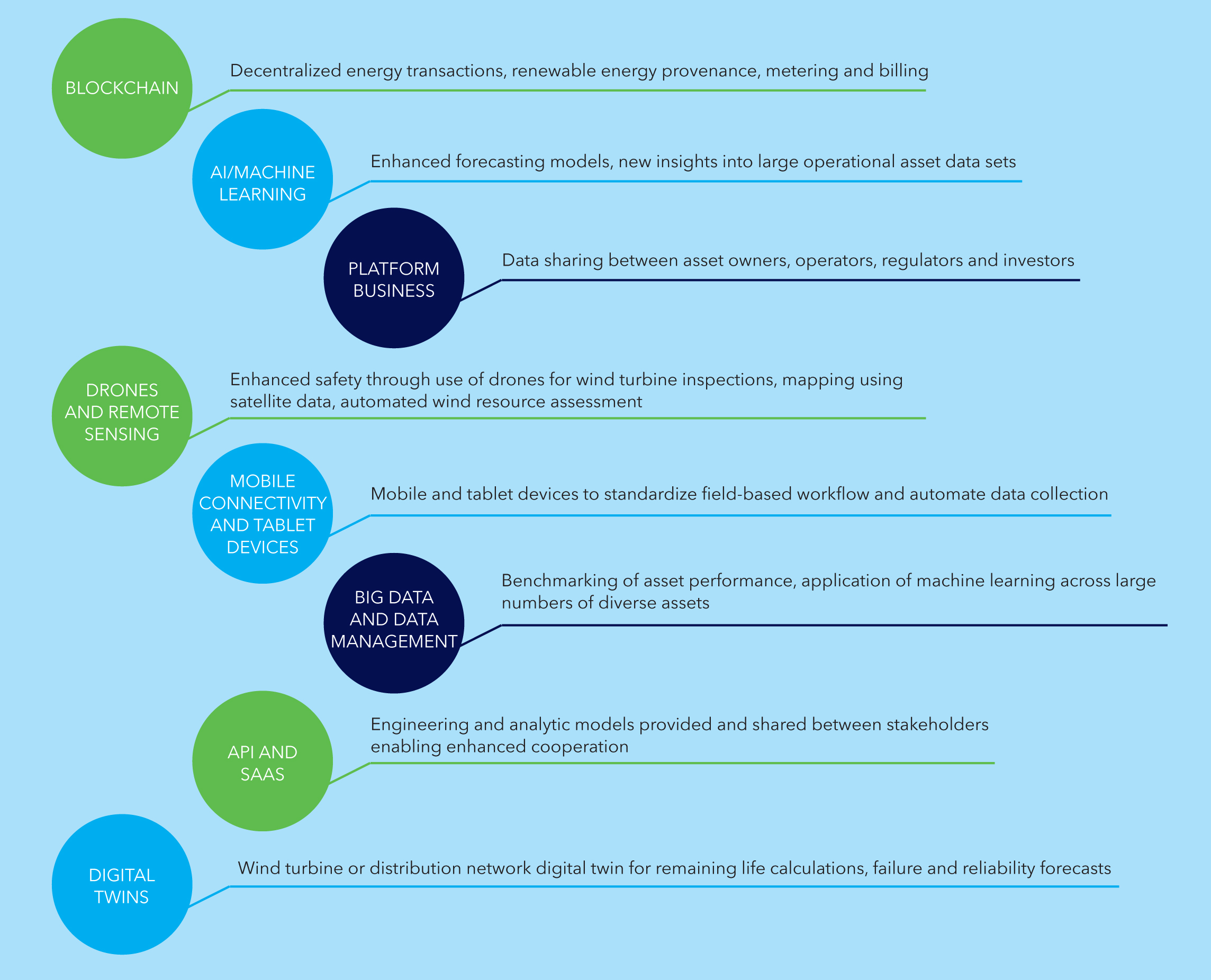 Fig. 3. An example of the application of digital technology in the energy industry. Source: DNV GL Digitalization and the future of Energy, September 2019.

Digital energy penetration is increasing every year. The proliferation of renewable energy sources is already beginning to globally affect the production, consumption of energy and the functioning of the electric power systems, especially in countries where the share of renewable energy sources in the energy block exceeds 10%. The transition from current models of a predictable generation with predominantly constant power to the electrical power system that receives the energy received from RES will obviously require big changes.

The implementation of variable and distributed renewable energy generation will require great efforts to manage the energy flows in the electrical power system, its redistribution, and accumulation. The industry’s task is to develop an operational model that will be primarily customer-oriented, resistant to external influences and effective.
Digitalization can solve the challenges that will only intensify in the future by deploying in three dimensions: the “rational” generation of energy, the “rational” handling of it and of the settlements with customers, and the “reasonable” consumption of it. The common denominator for all these measurements is the need for a huge amount of data that needs to be processed in order to understand how the power system works at any given time, so that in the conditions of constant changes in its parameters, it is possible to control variable factors, predict them, evaluate current customer needs and abilities energy service providers.

The current model of energy management is losing its opportunities every day. Thus, there is an urgent need to change the work model and the interaction of energy components to make the lines more responsive to the alternative sources generation load in the face of changing demand. The second challenge that service providers will face at the community level is increased competition due to the increased supply of distributed affordable energy services. Thus, energy service sellers must act proactively to meet the needs of consumers, offering them individually optimized services, while protecting the confidentiality of operations and ensuring secure control of transaction data between participants in the energy market.

The specific nature of renewable energy generation determines not only the need to solve the problems of ensuring stable energy delivery by the following demand, but also requires the creation of capacities for the accumulation of excess energy generated at a certain time, quick balancing and quality management of the energy itself.

These challenges can be overcome by creating an artificial “intelligent” energy system. In other words, energy from an operational point of view should become “smarter” and more efficient, which goes far beyond what we have today.
As for “reasonable” energy, it should be said that the most “pure megawatt” is that megawatt that is not wasted by the consumer, and it will not have to be produced in vain. To achieve this goal the regulators should educate consumers by implementing energy efficiency and energy-saving programs. Consumer behavior needs to be studied and adjusted. It will also require an additional collection of specific data of the consumers’ “portrait”, which must be analyzed nationally or regionally.

It should be emphasized that the alternative energetics is much easier to digitalization implementation processes than traditional fossil one. The degree of influence and difficulties in the implementation of digital systems in traditional energy and in the associated oil and gas and coal industries can be estimated from the diagram in Fig.4. 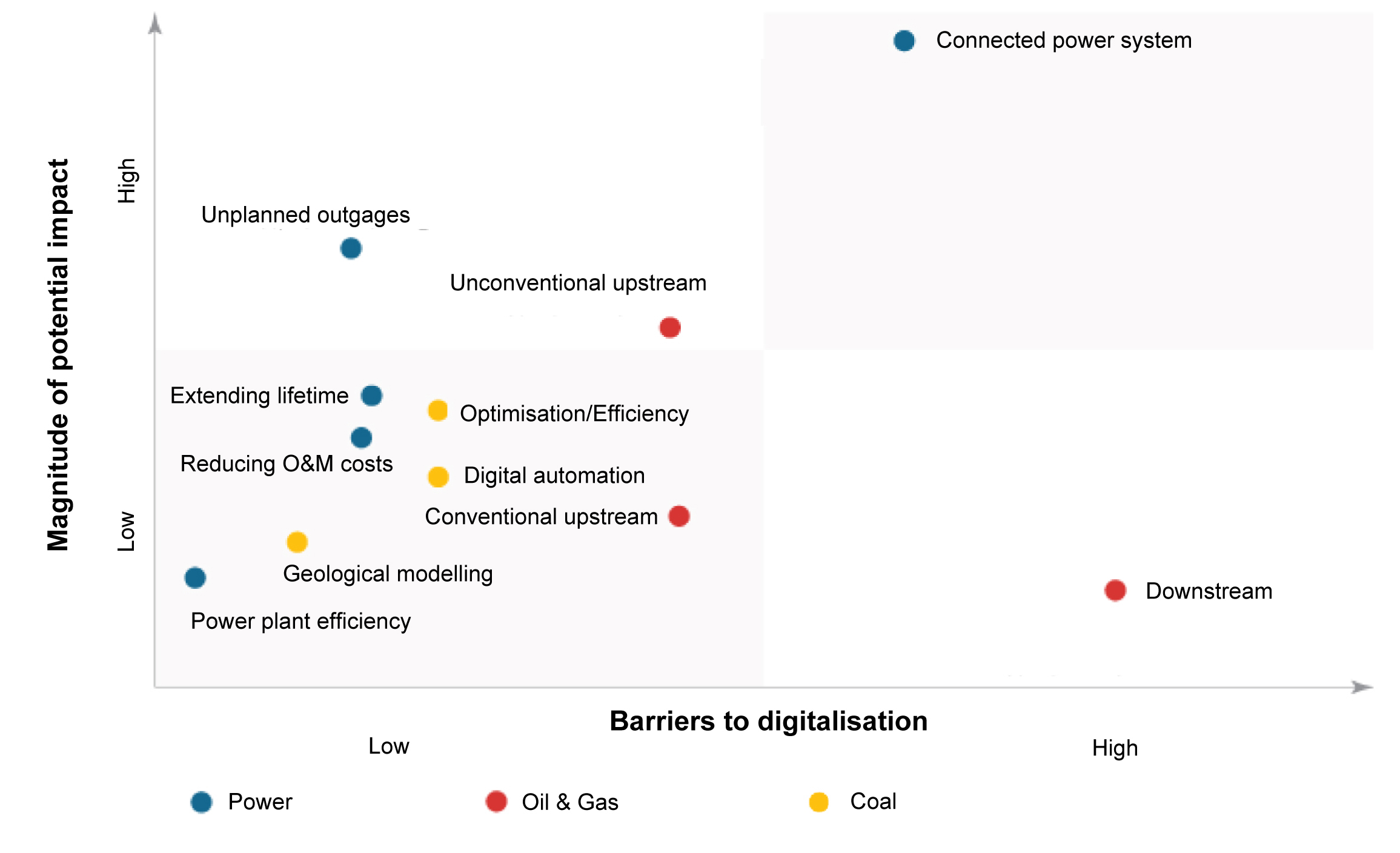 Fig. 4. The degree of influence and barriers to the introduction of digital systems in traditional hydrocarbon energy. Source: IEA Digitalization and Energy Report 2017. 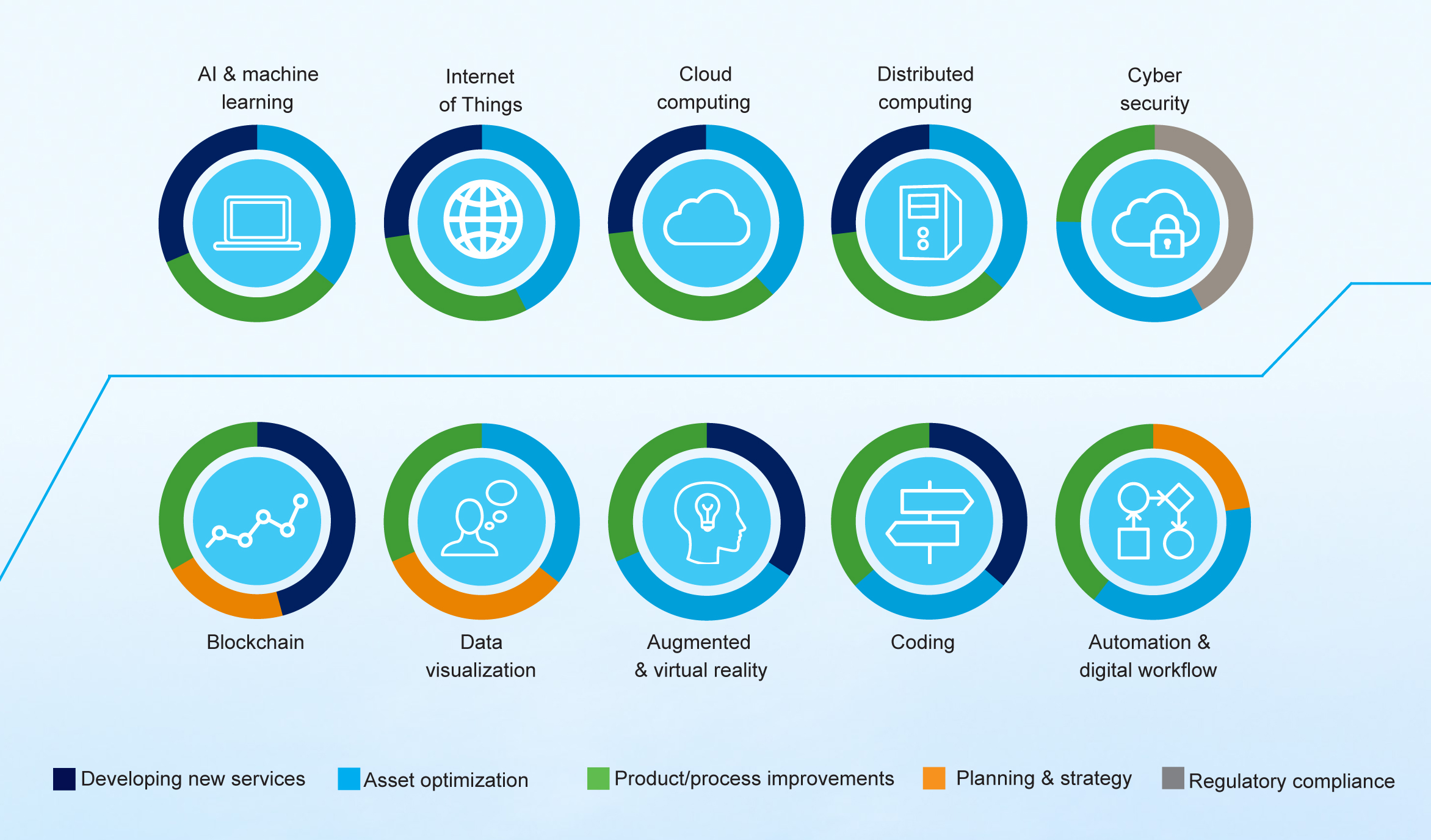 Fig. 5. The degree of influence and barriers to the introduction of digital systems in traditional hydrocarbon energy. Source: IEA Digitalization and Energy Report 2017.

The distribution of the components of balanced digitalization in renewable energy is shown in Fig. 5. This diagram covers the directions of development and application of digital technologies in the management segments of the “new” energy industry in accordance with the current capabilities and state of development of digital systems. In the future, the above distribution may change, for example, due to successes that can occur through the implementation of artificial intelligence technologies.

The specifics of the digitalization implementation into the wind and PV energetics should be considered separately, which is the topic of a separate article.