Home | Articles | The future of renewable energy in the transport industry

The future of renewable energy in the transport industry

The global demand for transportation services is growing rapidly. The activity of passenger and freight traffic given current trends in the transport industry will double by 2050. Such growth is a sign of social and economic progress, but it leads to an increase in energy consumption (half the global oil demand) and a quarter of the global carbon dioxide (CO2) emissions into the atmosphere. Therefore, changes in the transport industry are equivalent to energy transit worldwide. How to apply renewable energy sources (RES) in airplanes, trains, cars and other modes of transport?

If the aviation industry were a country, it would be in the top-10 world leaders in terms of emission of carbon dioxide into the atmosphere. Aviation emissions have increased by 70% since 2005 and will increase by 300–700% by 2050 as demand in rich and poorer countries rises. However, humanity is not standing still but is actively looking for ways to reduce CO2 and prevent global warming.

We heard about airplanes that can fly with RES. Most of them are still in the drawings, but there are also ready to fly. The world’s first commercial electric airliner presented in Paris in June 2019 (photo 1). The aircraft is called Alice, designed to carry 9 passengers and can fly up to 1040 km at an altitude of 3000 meters at a speed of 440 km / h without recharging on one charged battery. Its commissioning will take place in 2022 as expected.

Photo 1. The Alice Electric Aircraft of the Israeli aeronautic company Eviation presented at the international Paris Air Show on June 18, 2019. Source: How will we travel the world in 2050? The Conversation, Aug’19

The cost of fossil fuels for small planes is about $ 400 per 100 miles. According to Alice developers, the cost of covering the same distance will be $ 8, and if electricity is generated from renewable energy sources (for example, generated by solar panels at the airport), then the aircraft will be carbon-free.

Last year, in the French Alps, a two-seater airplane set seven new world records. He climbed more than 6,000 meters in less than two minutes and reached a speed of 228.5 km/h, flying a little less than 500 km without stopping. Impressive because the aircraft is with a fully electric engine running on a single battery.

The plane created by engineers from the University of Stuttgart and named e-Genius. According to the pilot about a 100-kilometer flight, the plane used about 25 kilowatts of electricity with a total energy cost of just over $ 3. E-Genius consumed only a fifth of the energy of a typical two-seat aircraft powered by fuel.

The Scandinavian airline SAS aims to operate domestic flights on biofuels and reduce emissions by 25% over the next decade.

EasyJet, in collaboration with the American company Wright Electric, is developing electric planes that will be able to serve short routes by 2030.

During a press conference in Tel Aviv, Sir Richard Branson, a founder of the Virgin Group, said that in the future, the aviation sector could be 100% renewable. His airline is discussing with some companies options for equipping aircraft with clean energy.

Previously, we had a low-carbon alternative to burning huge amounts of fossil fuels — balloons. The catastrophe of the Hindenburg Zeppelin doomed the industry to relative obscurity for a century, although it did not destroy it.

The balloons of most modern airships are filled with helium (photo 2), and not explosive hydrogen, as in the Hindenburg. Concentrated helium is lighter than air, and when separated into gasbags the ship can remain in the air, while propellers powered by flexible solar panels can help navigate.

Unlike a jet plane, keeping airships in the air does not require a lot of energy.

Since the airships are quite slow, they are better perceived as air cruise liners. In the romantic era of early commercial flights, the airships expected to become “flying hotels” with dining rooms and dance floors.

Rail transportation is one of the most energy-efficient modes of transport for freight and passenger transportation. The railway sector carries 8% of passengers in the world and 7% of cargo, accounting for 2% of the total demand for transport energy.

A conventional railway covers trips over medium and long distances with a maximum speed of up to 250 km / h and trips on commuter trains. Most conventional rail networks today are located in North America, Europe, China, Russia, India, and Japan. High-speed railway — transportation over long distances between stations, operating at a maximum speed of over 250 km / h.

The International Energy Agency (IEA) notes two scenarios for the development of railway transport by 2050 (Fig. 1): basic and pretentious. The basic describes how the railway system and its energy needs will develop until 2050 based on announced policies, rules, and projects. The pretentious one based on three pillars: minimizing the cost per passenger-kilometer of travel, maximizing revenues from railway systems and ensuring that all modes of transport pay not only for using the infrastructure they need but also for carbon dioxide emissions into the atmosphere. The demand for energy in the railway sector according to the pretentious scenario will increase by 42% in 2050.

A solar-powered train has already become a reality in Australia. Byron Bay uses solar panels on trains and platforms to power batteries and already exported 60,000 kWh to the grid in 2018. Lithium-ion batteries power the equipment on the train, including traction power, air compressors, and control circuits. To reduce energy consumption, LED replaces the lighting.

According to the IEA analysis, electric cars have significant growth potential. Global reserves of electric passenger cars in 2018 exceeded 5 million, which is 63% more than in the previous year. About 45% (2.3 million) of electric vehicles were on Chinese roads in 2018, compared with 39% in 2017. For comparison, Europe accounted for 24% of the global fleet, and in the USA – 22% (Fig. 3).

At the end of 2018, the number of charging points in the world was approximately 5.2 million, which is 44% more than a year earlier (Fig. 4). Most were in private charging points, accounting for more than 90% of 1.6 million installations last year.

By 2030, there may be more than 10 million electric buses and cars. In the race for innovation, much is at stake: in the next 15 years, the electric car market will reach more than $ 22 billion.

Fig. 3. The number of electric vehicles in selected countries, 2013-2018. Source: Global EV Outlook 2019. Scaling up the transition to electric mobility. May'19

Many projects developed around the world aimed to take advantage of wind and solar energy for the shipping industry. The following are some of the basic concepts and technologies of an environmentally friendly ship. 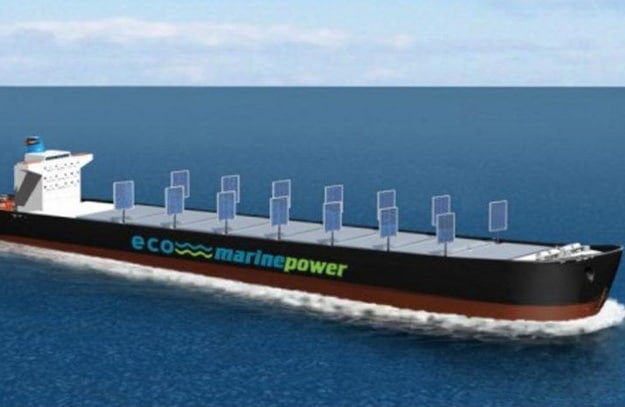 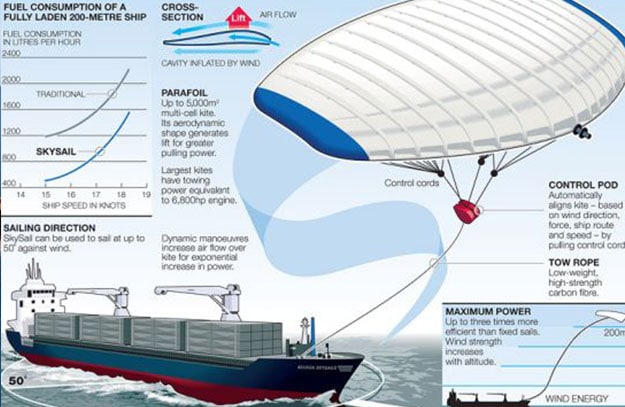 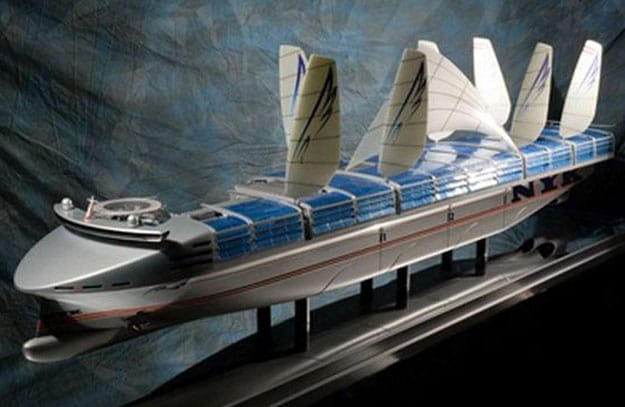 Another option that is still unrealistic for many to imagine … The orbital ring (photo 3) is a solid steel cable in orbit just above the atmosphere, about 80 thousand km above the Earth. It assumes to rotate with the help of forces pushing the ring further into space, on the one hand, and pulling it to the Earth, on the other. Thus, it will be possible to transport passengers at an incredible speed, reaching the other side of the world in 45 minutes.

We live in a time of scientific, technical and technological progress. The development of renewable energy in transport is already in full swing. Not far off the day when we can personally experience the flight on an electric plane, buy a ticket for a cruise eco-liner and give a friend a romantic trip on an airship …

Фото 3. Орбитальное кольцо. Источник: How will we travel the world in 2050? The Conversation, Aug’19