Solar energy is an abundant and  renewable for of energy which is boon to the ever increasing energy requirements of today’s world. This energy can be tapped through Solar Power Plant  and then can be used for various domestic or industrial needs. Due to limited source of fossil fuels and carbon footprint related to power extraction processes from them, efficient use of solar energy is need of time.

The output of solar power plant is highly depends on climate. Peak summer will lead to higher output of solar plant whereas on the other hand, rainy days will yield no or very low output. Due to this uncertainty of output, accurate forecasting of energy generation forecast from solar power plant is very important in economic terms. Forecasts of future solar energy system output allows grid operators and utilities to proactively manage variable output, and thus integrating solar resources into the existing grid at lower costs to society.

Methods for predicting solar activity for up to 6 hours

Solar energy forecasting methods are broadly classified as physical and statistical methods but boundary between these two methods is quite blurred. Dynamic field of solar power forecasting currently undergoing lots of improvement projects to make it more accurate and robust. Undertake work for critical factors like improving solar forecasting accuracy is through enhanced treatment of clouds, new techniques for short term 0-30min forecasting, improved models and approaches for predictions.

Consider two basic methods of forecasting solar activity, which are used for short-term (up to 6 hours) forecasts and the subsequent prediction of future generation from a solar power plant for less than a day. 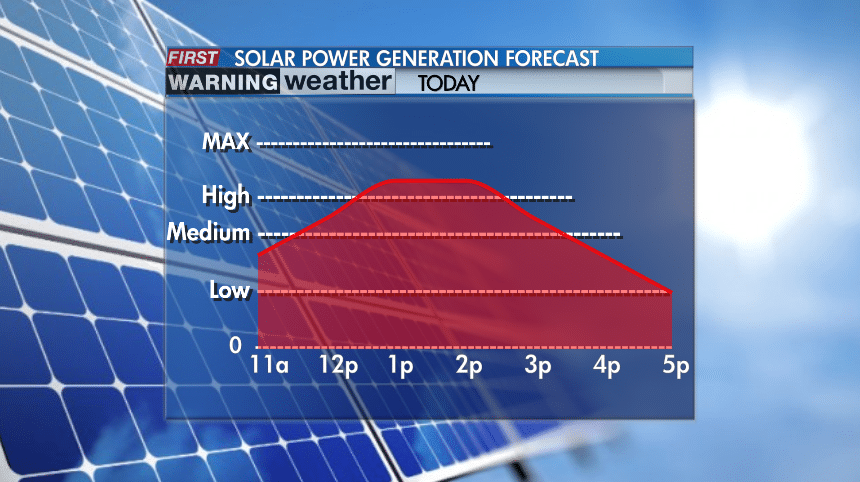 The forecast for the generation of electricity based on the analysis of the image of the sky consists of 4 operations:

Whole Sky Imager and other Specialty Meteorological Services, along with photos of the location of the clouds, provide detailed information about the extent, structure, and movement of the clouds. Based on this data, you can make a very accurate forecast, but in a fairly small time horizon – up to 30 minutes. The accuracy of the forecast for the longest time is sharply reduced because it is very difficult to predict the development of cloud field motion as well as the change in the geometry of the clouds. Today there is no clear mathematical model for the development of cloud fields. Alternatively, you can use a cloud-based image that is taken in the surrounding areas and make a prediction based on the vector of the cloud movement. But it should be borne in mind that clouds at different heights have different characteristics, for example, low clouds move much faster, but high – much slower. Another difficulty – the lower clouds in the photo can cover high ones – all this affects the accuracy of the forecast.

The method of cloud environment analyzing from space images

In general, the idea of ​​the second method is similar to Total sky imagery, but instead of images of the sky and the cloud, obtained from the earth, use images obtained from space satellites. In this case, the image of the clouds can be obtained both in the traditional form (optical shooting) and using infrared sensors. The main advantage of this method is to get a larger scale of the cloud, also, high-quality satellite imagery is more accessible and covers almost the entire territory of the planet, while Total sky imagery is implemented in a limited area. Besides, by accurately measuring the reflection coefficient obtained from the satellite, it is possible to very accurately calculate a cloud index that is proportional to the optical depth (transparency) of the cloud. This method is well-studied and is actively used in the study and mapping of solar resources – the definition of insolation for the terrain.

The disadvantages of this method can be attributed to the fact that conventional space satellites transmit data using only the visible spectrum, so the morning forecasts are not very accurate due to the lack of accumulation of information. However, this disadvantage can be compensated by images obtained in infrared radiation. Much more important is the fact that the distribution quality of geostationary satellites is rather small and is about 1 km, which is much less than the cloud images taken from the ground. This causes large convective clouds to appear in the photo, while smaller cloud formations may not view in the photo – this reduces the accuracy of the insulation calculation. Also, the frequency of receiving / updating information (images) is much less than with the Total sky imagery method. It’s also worth noting that satellite image processing will take much longer, which degrades the accuracy of forecasts for a small (up to 1 hour) time horizon.

On the whole, by covering a large area of ​​cloud cover, the use of satellite images makes it possible to give a fairly accurate forecast of up to 6 hours, which often exceeds the data of numerical weather forecasting methods.

Prediction of solar activity for one day

The modern NWP model is a set of modern computer programs that describe the processes that take place in the atmosphere and the nature of their changes over time using mathematical and physical algorithms/equations. The raw data for calculating numerical weather forecasts are taken from the results and analysis of meteorological observations, and the more accurate and better the original data (weather), the more accurate the result of the forecast. It uses not only the data for the specific terrain for which the weather situation is forecasted but also the observation data of the upper layers of the atmosphere, ocean areas and terrestrial zones.

Depending on the scope, different types of numerical weather models can be used – from global models (give weather forecasts for more than 15 days) to mesoscale models that make it possible to calculate short-term forecasts for relatively small (15-100 km) regions and the possibility very frequent updating/correction of the results.

Since numerical weather forecasts are calculated for individual points of space, their use at a particular point in the terrain requires some form of interpolation. The easiest way is to get the prediction results for the two closest points and make smoothing / averaging the results. The more forecasts for adjacent points near the desired point on the terrain, the more accurate the result will be. There are various algorithms and mathematical models that allow you to automatically smoothen the results for both relatively small areas (about 100Х100 km) and large enough areas (300Х300 km). In areas where renewable energy sources (wind and solar power plants) are actively used, for example, in some regions of Germany and Switzerland, special programs have been developed to allow optimal smoothing for 10×10 km.

After obtaining point forecasts using numerical weather forecasts, they can be adjusted by comparing weather data from previous observations – this approach can significantly improve the accuracy of the forecasts because they take into account local features.

Model Output Statistics eliminates systematic forecasting errors. Besides, region-specific MOS makes it more likely to predict binary events, such as heavy thunderstorms or chance of precipitation. To produce reliable corrective data, data are required for at least two years of observations in which the numerical weather forecast system (the equations that describe it) must remain unchanged. Accumulated data, real and predicted, allow you to calculate correction factors that will eliminate persistent errors in the widest range of meteorological events (strong winds, snowfall, showers, etc). The larger the model archive and the observational data, the more accurate the coefficients can be calculated. In this case, MOS models can differ significantly depending on the number of natural factors that they take into account: cloud cover, temperature, humidity, wind direction and strength, probability of precipitation. To predict the amount of solar power generation, the power of solar radiation is also taken into account, as well as variables related to the geometry of the sun (time, sky transparency, cloud environment, sun angle). 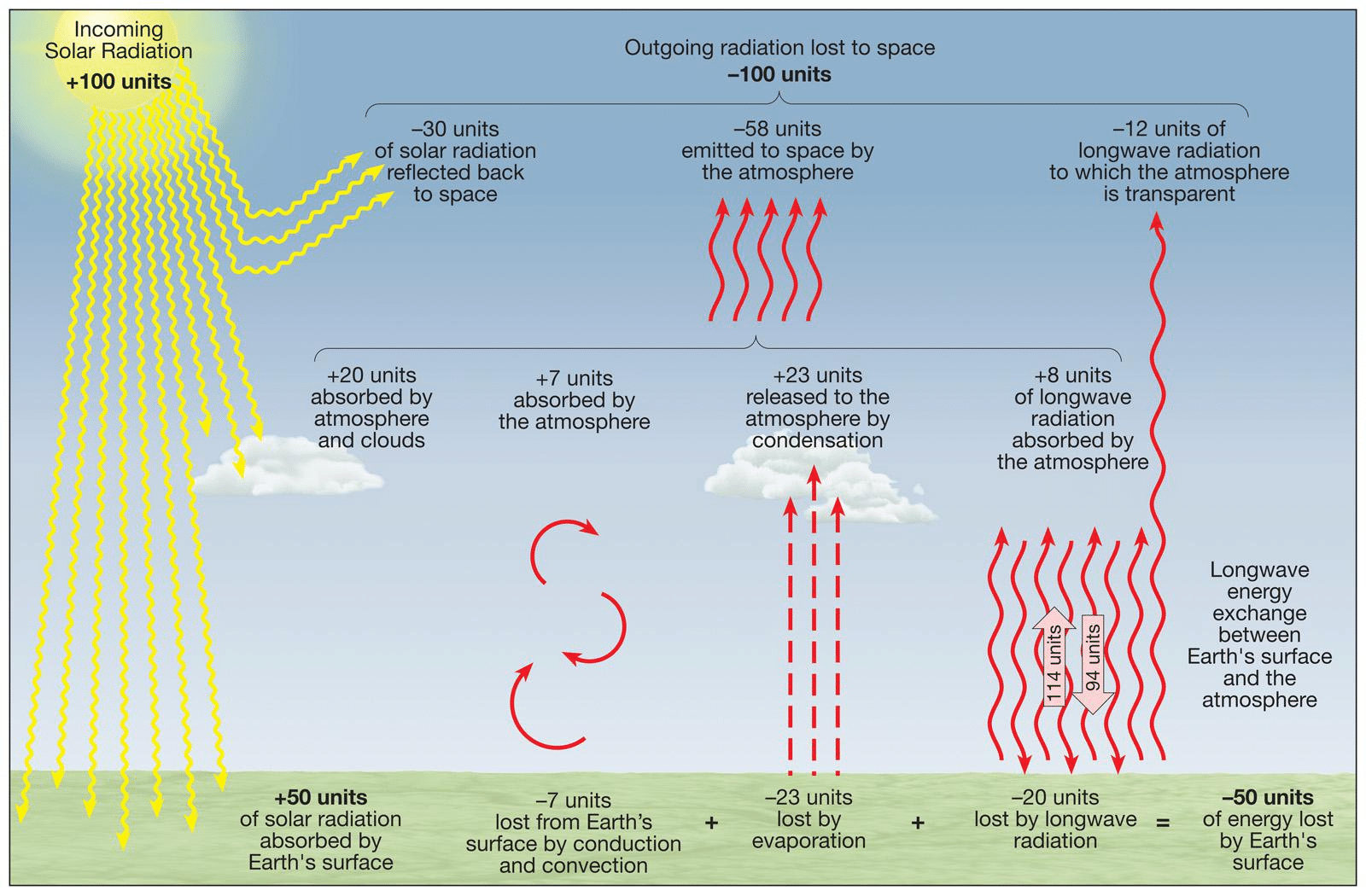 Factors that affect the accuracy of solar generation forecasts

Today, in the world of solar power, forecasting the production of solar energy for short periods (day, several days, week) does not have the well-established and tested technology and is often associated with large errors, which can be 60-65%. However, a longer forecast period allows more accurately to predict the result of generation. This rule is also true for the area because a point forecast is always less accurate. Accuracy of a prediction of solar efficiency increases significantly when forecasting geographical area is increases.

There is no single common weathering mechanism on our planet, so significantly different effects can occur for different places and climatic zones under relatively identical conditions. Existing weather models only take into account the main factors that influence the formation of weather in a given area. At the same time, none of the models takes into account such features, for example, for the regions by the sea – the outline of the coastline, night and day breezes, etc. Even relatively small bodies of water (lakes, rivers, reservoirs) have a strong influence on the weather in a particular area. In addition, weather forecasting for mountainous terrain is very problematic, even from low altitudes. That is why each model must adapt to the specific climatic conditions of the terrain for a certain period to be able to obtain reliable weather forecasts.

It is worth noting the factors that are indirectly related to natural features. For example, the degree of the dustiness of the panels, which increases with prolonged hot weather without precipitation. As well as how much electricity will be generated after the rainfall (rain) that has washed away the accumulated dust – these factors must also be taken into account when making generation forecasts.

Today, solar power generation is forecasted by several major companies located in countries with developed solar power: USA (Clean Power Research, Windlogic Inc), Germany (WEPROG), Spain (IRSOLAV) and Norway (DNV-GL). Ukraine has yet to build its forecasting systems that will be able to become effective instruments and will be practically applicable to solar power, taking into account the specifics of both local legislation and our country’s climatic and weather conditions. This process requires the united efforts of the state, leading players in the solar energy market and other stakeholders as soon as possible. For preliminary estimation of the total annual and monthly generation for your future solar power plant located on the territory of Ukraine, please, contact Avenston company.