In the depths of the earth there are unlimited trove treasures that have long been known to human and which are safely used. We all remember about minerals, actively use gas, oil, coal in daily life, we carry silverwares, gold, precious stones, but we forget about one great treasure – geothermal energy. What is this and what is its value?

It is believed that geothermal energy is one of the most profitable sources of energy. A great amount of this energy is in magma. The Earth’s warmth is a real pearl, which has several advantages over the energy of gas, oil and atom. If you transfer the amount of underground heat into megawatt-hours , which annually rises to the surface, then 100 billion will turn out! It significantly exceeds the amount of consumed energy on the planet. More and more households around the world are investing in geothermal energy by building geothermal power plants to reduce their costs. These stations receive the Earth’s heat through the drilling of steam or water wells and use this energy to heat the water or any other type of liquid. It is necessary to rotate generating turbines that produce energy, which then is distributed among consumers. Then the liquid is cooled by means of a condenser and returned to the ground.

You can read about the operation principle of ground-based and rooftop solar power plants.

AVENSTON offers services in the field of renewable energy sources:

According to the typology of the International Energy Agency (IEA), five types of sources of geothermal energy are distinguished:

There are three methods for converting geothermal energy into electricity (Fig. 1). And this is due to two factors: the state of the environment (water or steam) and the temperature of the breed. 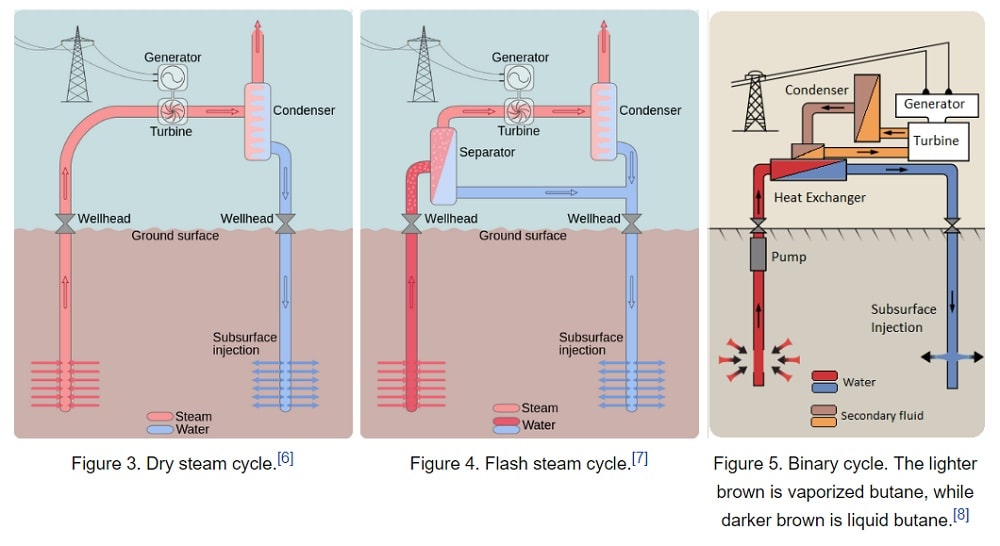 The direct method involves the use of dry steam. The Geysers (Northern California) is one of the most well-known geotechnical methods of this type, and in general, this complex includes 22 geothermal power plants (photo 1). 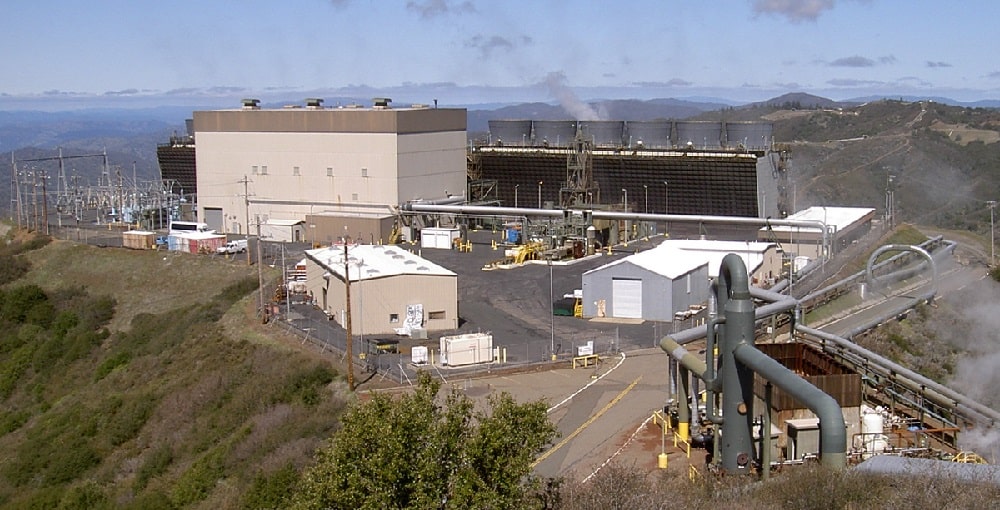 An indirect method is the use of water steam. The water temperature should be above 180 ° C, so that under its own pressure it can flow up through the well. It is worth noting that this temperature is lower than those dry steam installations. When the pressure decreases, part of the water “flares” in the form of a steam passing through the section of the turbine. The rest of the water that does not become steam turns back into the well and can be reused for heating. The cost of these systems increases due to more complex mechanisms, but they can still compete with conventional power supplies. Many examples of such stations exist in Iceland, they are owned by Orkuveita Reykjavikur, photo 2. 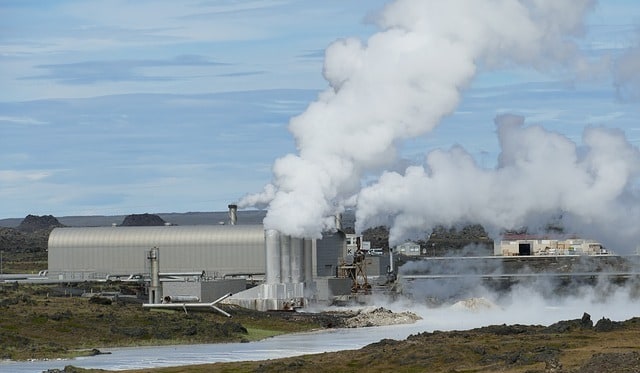 A mixed or binary method is the use of geothermal water in conjunction with an auxiliary fluid ( for e.g. freon). According to forecasts, in future, binary power plants will become the most commonly used type of geotechnical production. This is due to the fact that lower-temperature water is suitable for installations of the binary cycle. They also do not lose any emissions, except water steam. And, for example, installations with “dry steam” emit greenhouse gases. Of course, they make up only one-eighth of the emissions from coal-fired power plants, but they are also emissions. An example of a binary setup geothermal power plants on photo 3. 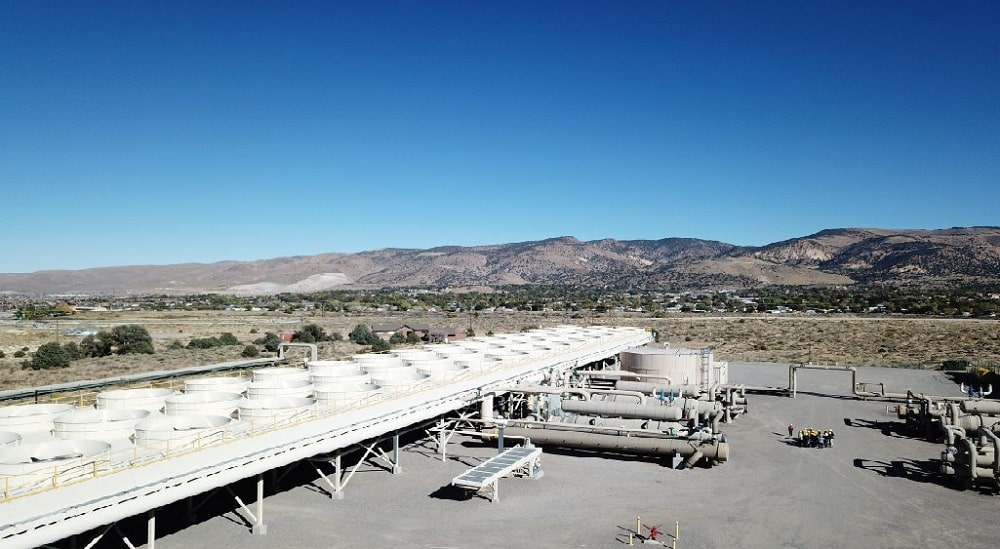 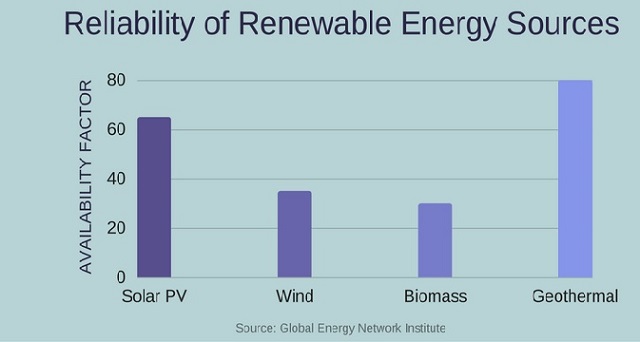 As it often happens, some advantages can smoothly go into disadvantages, everything will depend from which side to consider a particular question. No wonder that there are two sides of the same coin.

So, the disadvantages of geothermal power plants. 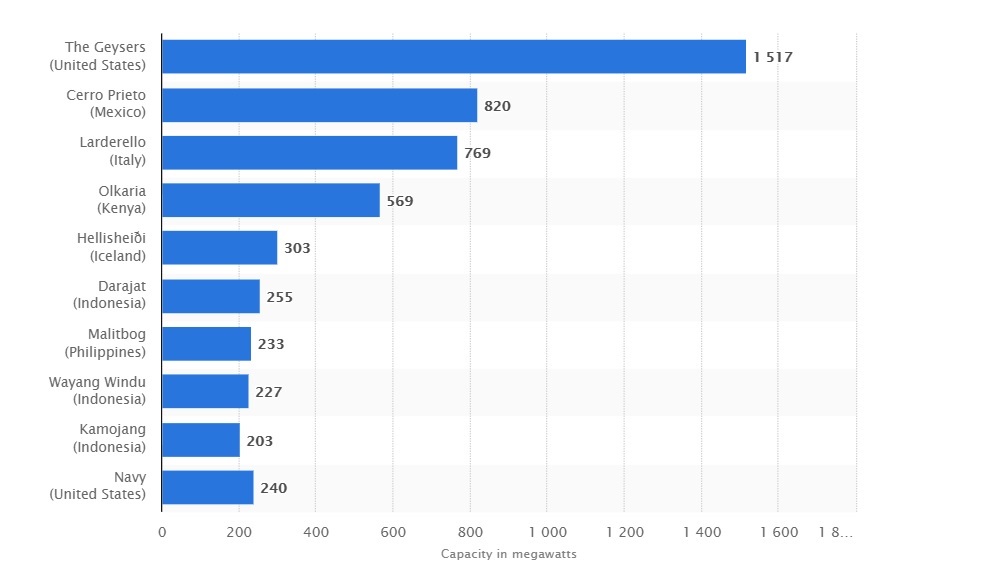 The potential of geothermal energy

Obviously, geothermal energy has a rather serious potential and will play an important role in future. In Europe, geothermal heat is used for different needs, but most of all – for electricity generation, heating and cooling of buildings. Only in 2017 in the European Union, particular in France, Italy and the Netherlands, nine new stations with a new capacity of 75 MW were put into operation. It is expected that by 2023 global geothermal power will increase to 17 GW, with the greatest increase of capacity in Indonesia, Kenya, the Philippines and Turkey (Figure 4). 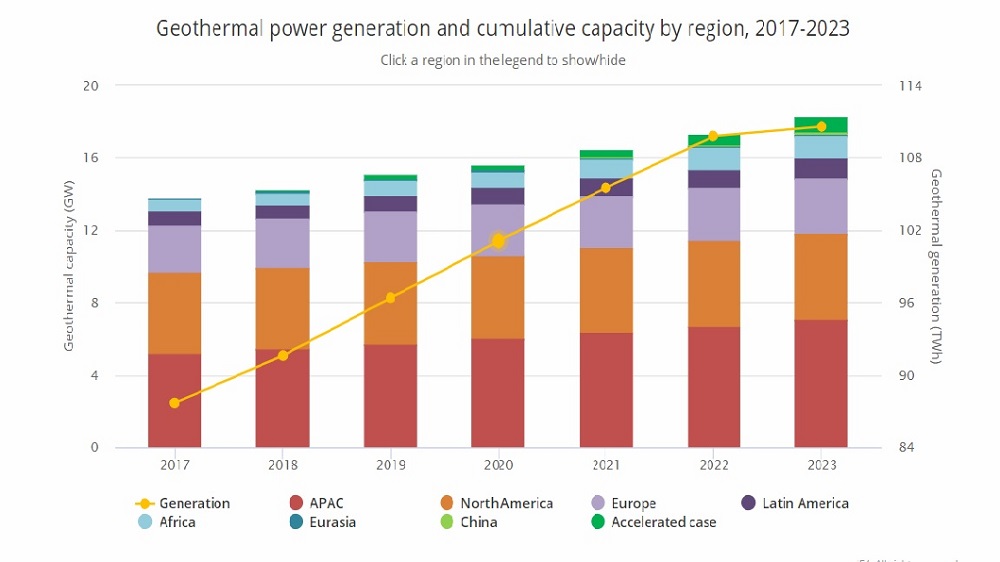 Some researchers believe that geothermal energy should be about 1/6 of the world’s energy supply, and others are vice versa, give it a minimal chance for further existence. It is your choice whether to invest in building a geothermal power station. Anyway, it will be an inherent part of the renewable energy that feeds the world, as pure minerals / combustible minerals disappear will dissapear.

Among renewable energy sources, solar power plants also occupy a significant place. Our company is engaged in the turnkey PV projects implementation. We design, build and operate both ground and roof solar power plants. Avenston’s services include the widest possible range of support that allows us to accompany solar energy projects at all stages of their life cycle.